Between a very heavy workload, and tax week, I didn’t have a lot of time to accomplish anything enjoyable this week. This is definitely the one week of the year in which I hate being an independent contractor!

I did show off Nox to a Facebook indie-dev group, and the reaction was generally positive - with a few suggestions that I need to show more depth and less Minecraft-esque graphics. That’s probably true.

There’s a new build going up this weekend or Monday, with some enhancements:

A friend (who works in the industry) sent me some resources on Unreal, so I figured I’d spend some time playing with it. It’s quite the change of pace - you can do a lot with “blueprints” instead of writing code, and it’s pretty easy to get going. It’s very much geared towards mostly static maps (it’s heritage as an FPS engine shows), but it didn’t take too long to get some procedural content going. It didn’t take long to get MagicaVoxel content imported, and throw together a blueprint that spawns a city grid with changing traffic lights.

(The partly baked idea for a game is that you are a cop (not corrupt!) in a cyberpunk-style town; it’s your last night before retirement, and you are trying to foil as many crimes/plots as possible. Current working title is “Lone star: one night in the city”. I’m thinking strict turn-based roguelike with lots of shooting. It may or may not ever be made… but it’s fine for playing with engine features!) 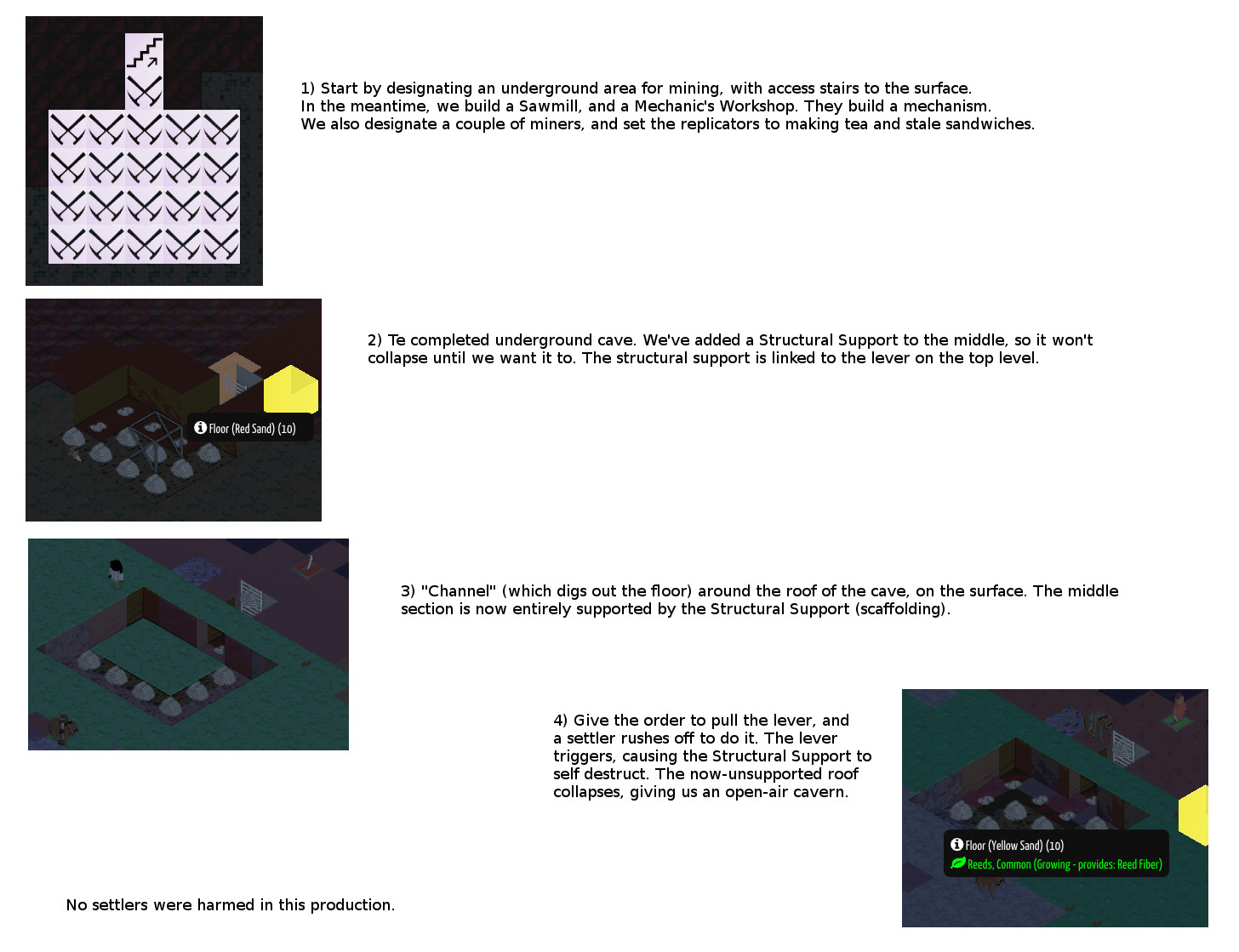 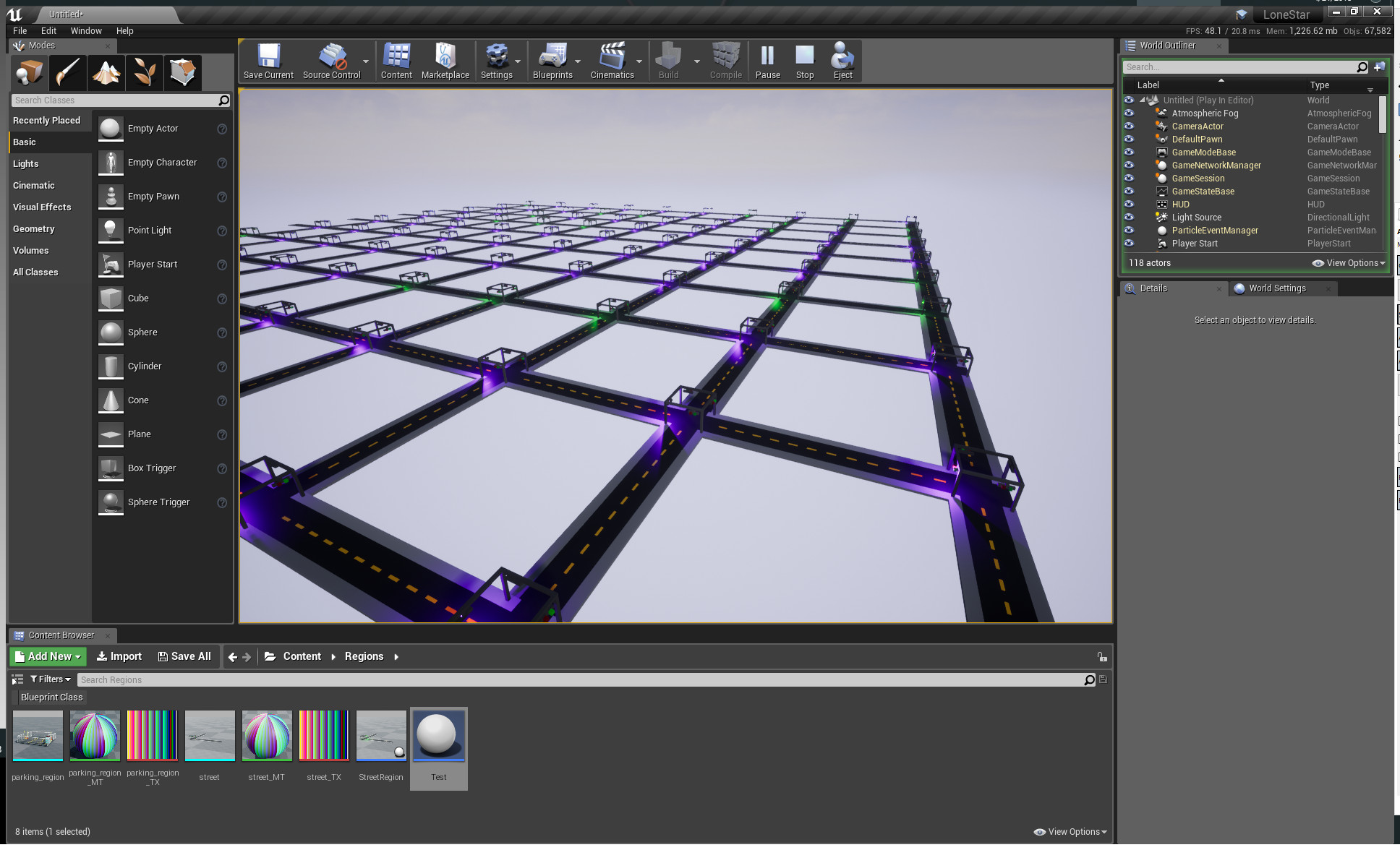 Not overly impressive, but not bad for a 3-hour learning session when the last time I fired up the Unreal editor was in the days of the original Unreal Tournament (I dimly remember porting one of my favorite Quake tournament maps). This is pretty simple; an actor spawns a 10x10 grid of blue print actors, each of which displays a MagicaVoxel model and some lights. It’s my first dabble with procedural content in Unreal.

I was curious, so I fed the new generic graphics API into Unreal, via static-linking with libnox. Embarassingly enough, it has both a better frame rate and lower memory usage - and still manages to look pretty darned great. Here’s an Unreal scene of the game! It doesn’t actually play, can’t build a world (it can only load an existing save) - but it’s a fine proof-of-concept. It actually loads all the raw data definitions, uses the regular NF code to de-serialize the world, and passes geometry information (compressed via greedy voxels) through a simple API - so practically no new code was needed! I’m still figuring out how to do materials in a procedural way, so textures are kinda odd. 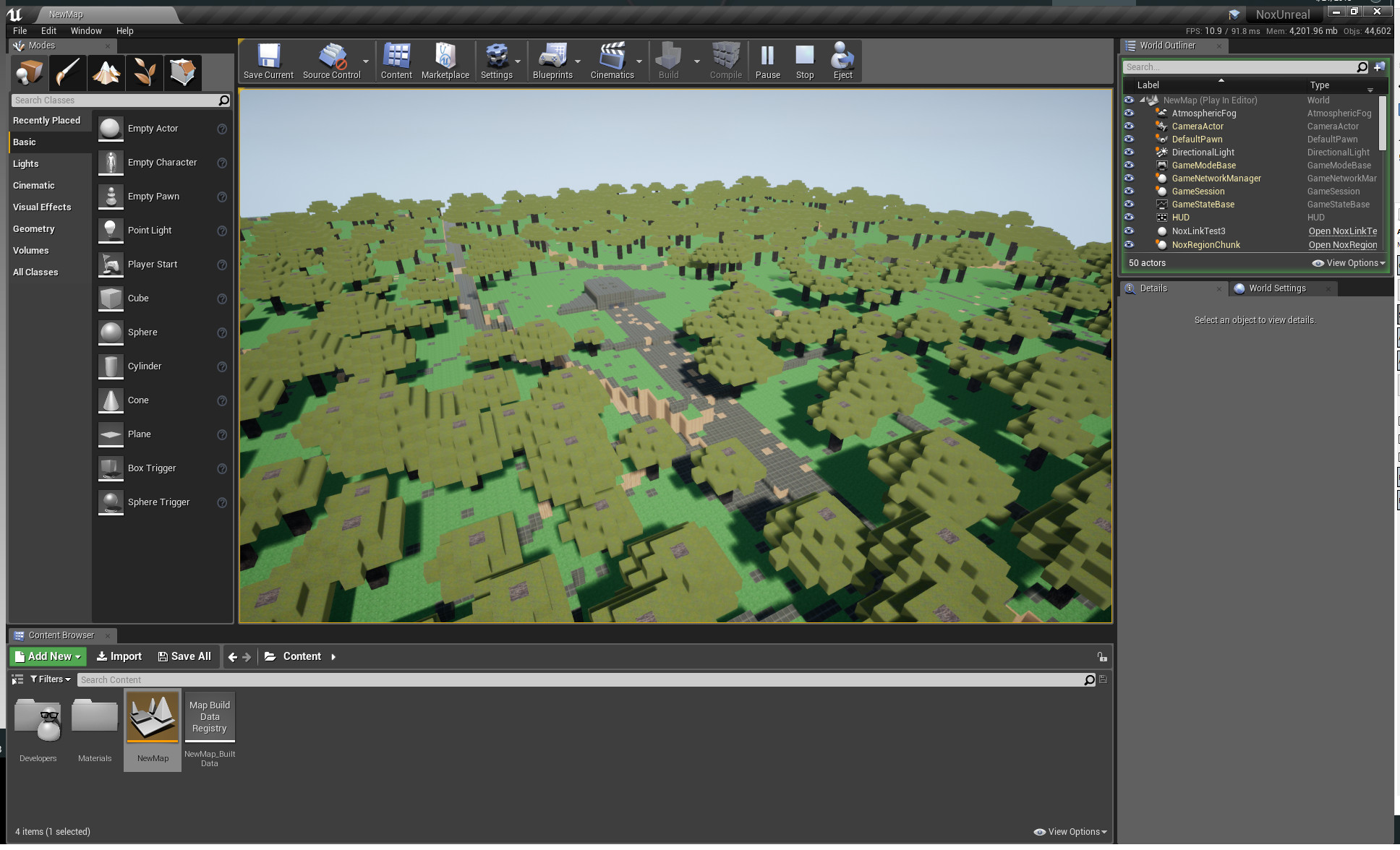 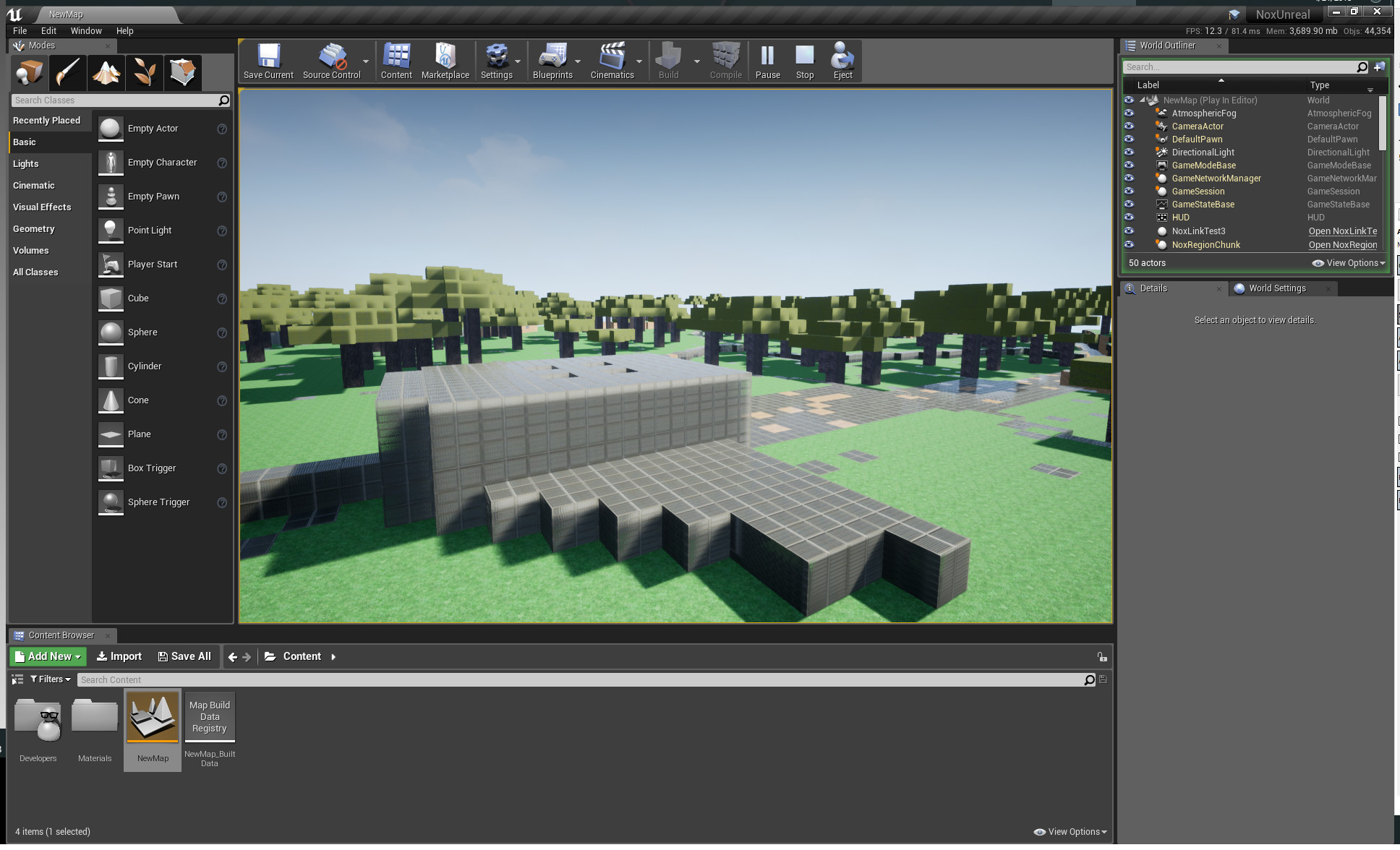